The jam is over. I enjoyed it a lot. 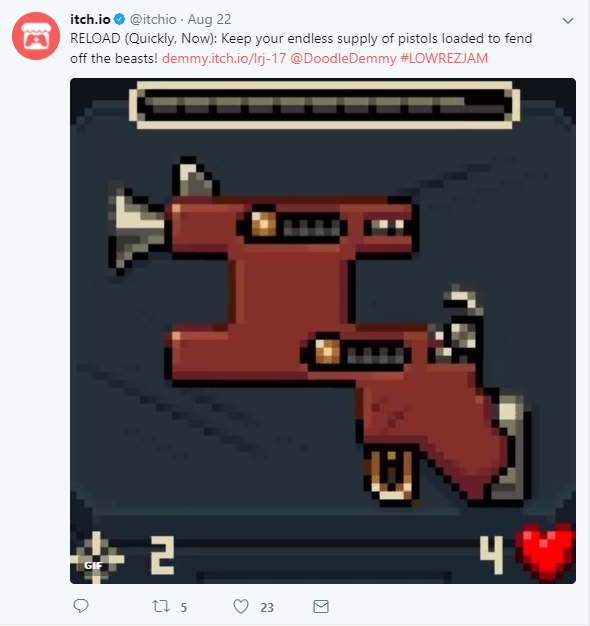 Here's my breakdown of RELOAD (Quickly, now) in the same way I gave feedback on other entries (that's only fair, right?)

Quite a few people in the comments have mentioned porting the game to mobile. That's within the realms of possibility, but if I were to do that I'd want to do more than just a straight port. I'd love to address the issues and thoughts brought up in the comments. I'd love to make the game even better. We'll see.

That's me - here's a few of my favourites from other in the jam. 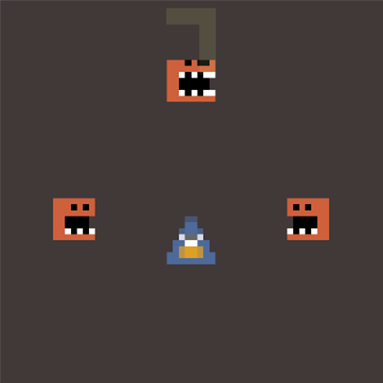 Using a similar mechanic to Downwell, every time you move in BLAMDODGE you shoot a bullet in the opposite direction. Staying alive is a frantic series of near-misses as you try and kill off waves of hungry cubes. 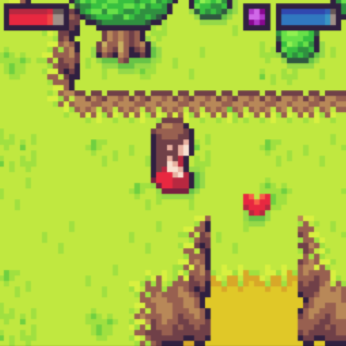 An impressive miniaturization of a Zelda-type game,  seemingly Minish Cap, Tale of Xenia 2 has a decent size world to explore and fun combat. The art is lovely, too. 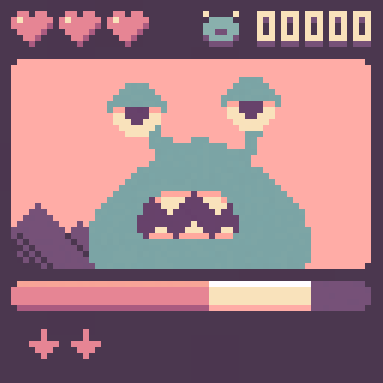 This game is super simple, enter the given input correctly or get bitten . Despite this simple gameplay, the use of the reversing red arrows makes you second guess every input, and it becomes a fun challenge. Also I just got the name. Up Right Down Left. Very smart. The palette is simple and lovely.

Don't Let Them In 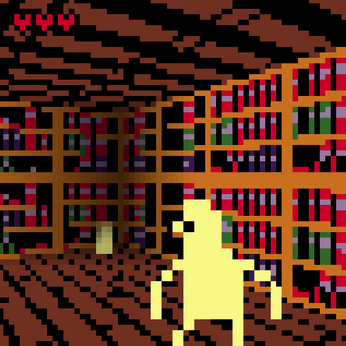 For some reason I love Tank Controls. Maybe it was Metroid Prime and Resident Evil 4, but I find something quite soothing about the simplicity of the controls, and the deliberate nature of how you must move. Don't Let Them In is a sort of zombie wave horror shooter with a nice spooky atmosphere. There aren't too many enemies on screen at once to each encounter feels significant. The game definitely has it's own visual identity, but I'd love to see this with more refined visuals.

Thanks again to everyone who played and rated RELOAD (Quickly, now), and well done to everyone who entered the jam! I'll keep this page updated with any more news on this game. Stay tuned.

I also added a support button to the game page - enough little donations could get this thing to mobile ;)

Love this, a fantastic summary of your game and of the jam as a whole!

I'm excited to see where RELOAD (Quickly, now) will go.  And if it does end up on mobile, I'll be the first to download and share with friends!

P.S. Thank you so much for your mini review of Don't Let Them In :D